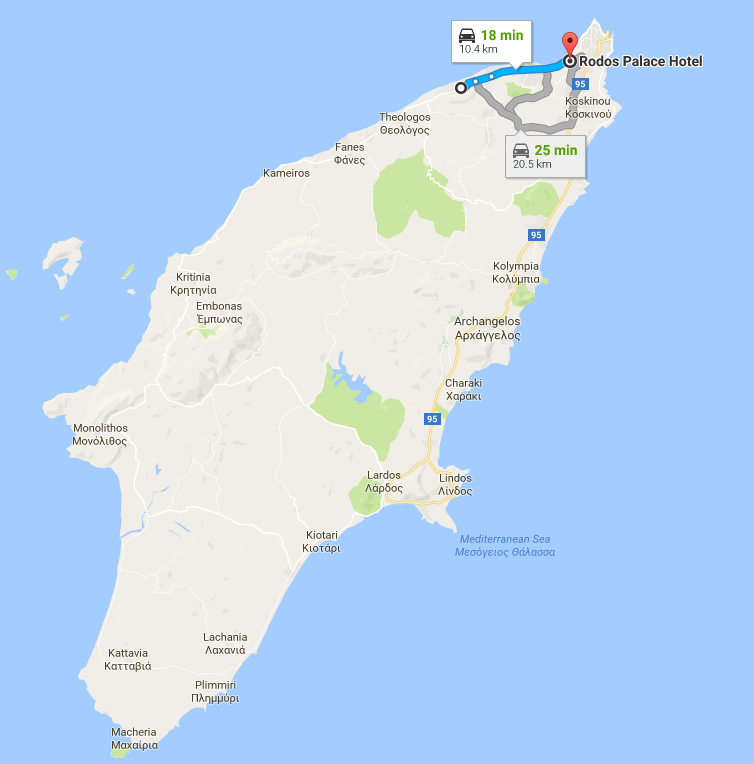 The Rhodes International Airport "Diagoras” is one of the biggest airports in Greece. It is located 14 km to the southern – west side of the town of Rhodes, near the village Paradisi. The airport is well connected with other major Greek cities and islands as well as with major European capitals and cities via charter flights, especially during the summer months when the tourism traffic increases.

Mandraki Harbour: There are daily sailings from Piraeus all year round, more frequent in the summer months. The commercial harbor is situated in the city. All international and domestic ferries and cruise liners dock here. There are regular ferry lines connecting Rhodes to Athens (Piraeus), Thessaloniki, Heraklion, Cyprus and Turkey. Rhodes is also connected with all neighboring islands through extensive boat and hydrofoil services. Most of them dock at the commercial port and some at the Mandraki harbor.

If you decide to reach the Island of Kos by boat, you should first contact either Piraeus’ or Rhodes’ port for schedules:

Opposite to Rodos Palace.

Local Bus service is available from the airport or the harbour.

This function is not available yet

It will be activated in due course

This feature is not available any more.