The Island of Rhodes 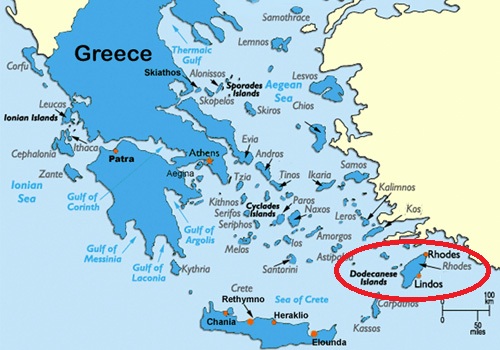 The Island of the Knights

Rhodes is the largest island and also the capital of the Prefecture of the twelve Dodecanese islands on the Aegean's eastern edge.Thanks to its strategic position, the Island has been important since ancient times - it is located at the crossroads of two major sea routes of the Mediterranenan between the Aegean Sea and the coast of the Middle East, as well as Cyprus and Egypt.

Rhodes, with its bright green hills, rich valleys and uninterrupted line of beaches is a blessed place. One of the landmarks of Rhodes is the Old Town, one of the largest medieval towns in Europe. The Palace of the Grand Master, as well as the Road of the Knights and the Castle of the Knights are certainly the highlights of the Old Town. In 1988 the Medieval City of Rhodes was listed as a UNESCO World Heritage site.

When in Rhodes, one should visit the Acropolis of the white town Lindos and see its ruins, the healing baths of Kallithea, the "Pompey of Greece" Kamiros, the monastery of Firerimos and the Valley of Butterflies (Petaludes) and of course the numerous beautiful beaches.

The History of Rhodes

According to mythology Rhodes used to be sun god Helios' Island. It was inhabited as early as the Neolithic period. The Island's settlements started to form with the coming of Dorians, who built the 3 important cities of Lindos, Ialyssos and Kameiros. In the same period, Rhodes produced excellent artistic work. The most celebrated of all was Colossus, one of the Seven wonders of the Ancient World, made between 304 and 293 B.C. by the Lyndian sculptor Hares. Its construction finished after 12 years in 282 B.C. The statue represented sun god Helios and propably stood at the harbour entrance until around 226 B.C., when a strong earthquake hit Rhodes, demolishing Colossus and damaging badly the city.

During the Roman period and more precisely in 164 B.C., Rhodes became a province of the Roman Empire. During the Byzantine period, Rhodes belonged to the eastern part of the Christianised Eastern Roman Empire and had a great number of churches and also a strong military force. 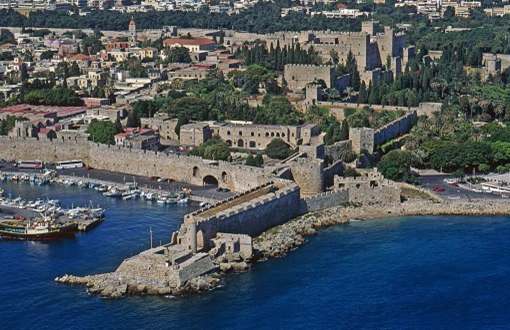 In the 7th century the Arabs attached Rhodes and occupied it for some decades. In the following centuries, Rhodes was fortified with new walls and it was divided into 2 zones, one for the political and military leaderships and one where the laymen lived.

The most famous period was propably when the knights of the order of Saint John ruled Rhodes. Rhodes is even referred to as the "Island of the Knights". They came in 1309 and stayed until the Turks invaded in 1522. An interior wall running east to west divided the city into two parts. The northern quarter, the Collachium, was the administrative centre and contained among other buildings, the Palace of the Grand Master and the Hospital. The larger, southern quarter, called the Burgum, was the heart of the town, inhabited by a blend of races - Westerners, Jews and mainly, Christian Orthodox Greeks.

The strong walls which the knights had built withstood the attacks of the Sultan of Egypt in 1444 and a siege by the Ottomans under Mehmed II in 1480. Eventually, however Rhodes fell to the large army of Suleiman the Magnificent in December 1522.

In 1912, Italy seized Rhodes from the Turks during the Italo-Turkish War. In 1943, the German Army succeeded in occupying the Island with the Battle of Rhodes.

On 8 May 1945, the Germans, under Otto Wagener surrendered Rhodes as well as the Dodecanese as a whole to the British, who soon after occupied the islands as a military protectorate.

In 1947, Rhodes, together with the other islands of the Dodecanse, was united with Greece.

This function is not available yet

It will be activated in due course

This feature is not available any more.